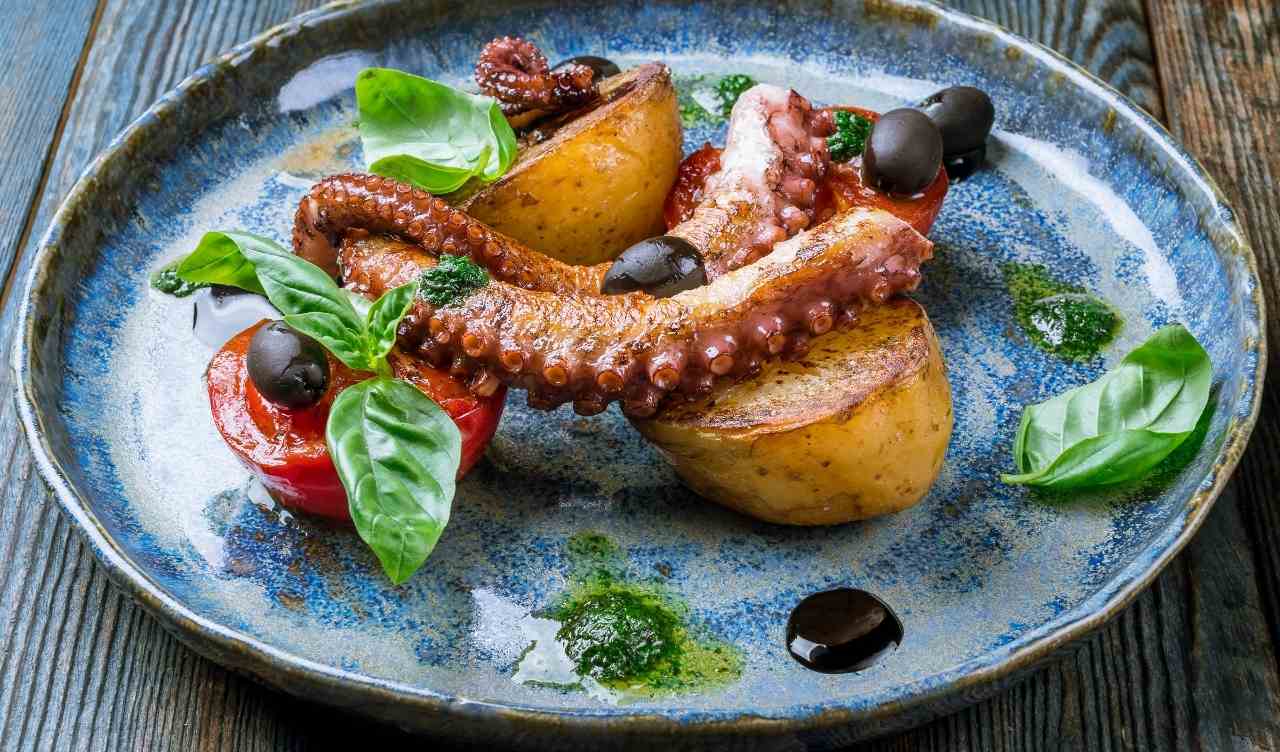 There are many myths and misconceptions about what pregnant women should and shouldn’t eat, but octopus is generally safe. It is a good source of protein and other nutrients that benefit the mother and her baby.

However, eating octopus can also risk contamination with harmful bacteria or parasites. And it calls for extra caution to ensure an Octopus meal is healthy and safe. Choosing a reputable establishment with proper food handling practices is best for those who eat out.

There’s more to uncover about eating octopus during pregnancy and the potential risks and benefits.

Is Octopus Safe For Pregnant Women?

Yes, it is, only if they adhere strictly to certain precautions.

Pregnant women should only consume boiled, grilled, or baked octopus. They must avoid raw, marinated, or undercooked octopus as these pose health threats.

As a shellfish containing low to medium mercury levels, there’s a need to cook octopus thoroughly and consume it in moderate amounts.

Benefits Of Eating Octopus During Pregnancy

Octopus is a rich source of lean proteins, trace minerals, iron, potassium, and vitamin B12 which supports the fetus’s growth and boosts the mother’s health.

Meanwhile, the health benefits derived from octopus may differ depending on the preparation method. Below are some of the benefits of octopus during pregnancy.

Octopus is high in Omega-3-fatty acids, which are beneficial to the heart. These essential nutrients help lower blood pressure and slow plaque buildup in the arteries.

Octopus also contains high amounts of magnesium, an essential mineral you can’t get enough of in your diet. It aids learning, boosts memory and stimulates brain activity.

Adding octopus to your diet keeps degenerative diseases like Alzheimer’s and dementia at bay.

Many women experience depression during pregnancy, but thanks to foods like Octopus, they may have a natural way to improve their mood. This seafood contains omega-3 fatty acids, which help alleviate symptoms of depression.

Lowers The Risk Of Cancer

Taurine also acts as an antioxidant that helps inhibit cell damage and fight against inflammation in the body.

Besides the amino acid, octopus contains other antioxidants like selenium, folate, and Vitamin B12 that lower cancer risk.

There are some downsides to eating octopus when pregnant.

Due to its moderate mercury levels, you may have to check with your doctor before adding octopus to your diet, especially if you have any medical condition.

Below are the risks associated with eating octopus during pregnancy.

But, when consumed in excess, it contributes to heart disease. Octopus is high in sodium; therefore, it’s best to eat seafood in moderate amounts.

In addition, a 4-ounce serving of octopus provides the body with about 30% of its daily recommended cholesterol intake.

Although the body needs cholesterol to build healthy cells, an excess amount can predispose you to cardiovascular disease.

People suffering from protein intolerance may be allergic to proteins in seafood, including oysters, octopuses, scallops, etc.

Some allergic symptoms they may exhibit are hives, wheezing, itchy skin, etc. So you might want to avoid oysters if you’re intolerant to proteins in seafood.

Octopus Recipes That Are Safe For Pregnant Women

Grilled octopus has a distinct, tender, chewy and mild taste, making it a versatile appetizer, main or side dish.

This recipe is one of the most common ways to enjoy octopus. It’s prevalent in most steakhouses, mainly European restaurants.

Grilled octopus is safe for pregnant women since grilling kills food-borne pathogens, which can be harmful.

Boiled and baked octopus is a health-friendly recipe suitable for pregnant women. Though boiling and baking help eliminate the chewy texture of octopus, it can take time to cook.

Therefore, you should consider the cooking time before opting for this recipe. Like the grilled option, boiling and baking eliminate viable bacterial pathogens.

This is a famous Japanese cuisine served with a mayonnaise sauce or dressing.

Takoyaki with sauce or dressing may not be a good food choice for pregnant women. So you might want to eat the dish without the sauce.

The recipe features fried octopus balls and well-cooked pieces of octopus presumed safe for pregnant women. The street snack is crispy on the outside and creamy on the inside.

Which Recipes are Unsafe For Pregnant Women?

Depending on the preparation method, some dishes may not be healthy for pregnant women. Below are a few recipes to avoid.

While octopus salad seems safe for consumption, it can pose several health threats without proper storage.

If you’re eating out or getting a pre-made salad from the grocery store, take safety precautions, as it can get contaminated by listeria.

Eating homemade salad is best since you thoroughly wash the vegetables.

This recipe makes a good appetizer or light main. Though Carpaccio may be served cold or raw, you should cook the octopus for healthy consumption.

Raw or undercooked octopus is unsafe for pregnant women due to harmful micro-organisms.

Like Carpaccio, pickled octopus is a Meditteranean dish that doubles as an appetizer.

There’s no doubt that marinated octopus is flavorful, but you shouldn’t substitute taste for health benefits.

Usually, the octopus is left raw or boiled before marinating. Before eating, ask the restaurant about the method of preparation. Moreover, pregnant women should avoid eating raw seafood as it has a debilitating effect on them and their babies.

Are You Pregnant? Enjoy an octopus meal, responsibly!

Considering the benefits mentioned above, the octopus has an excellent nutritional profile that supports the healthy growth of the fetus. And yes, pregnat women can eat it.

As much as seafood offers nutrients to the body, know the right amount to eat. Also, avoid raw, undercooked, or marinated octopus. 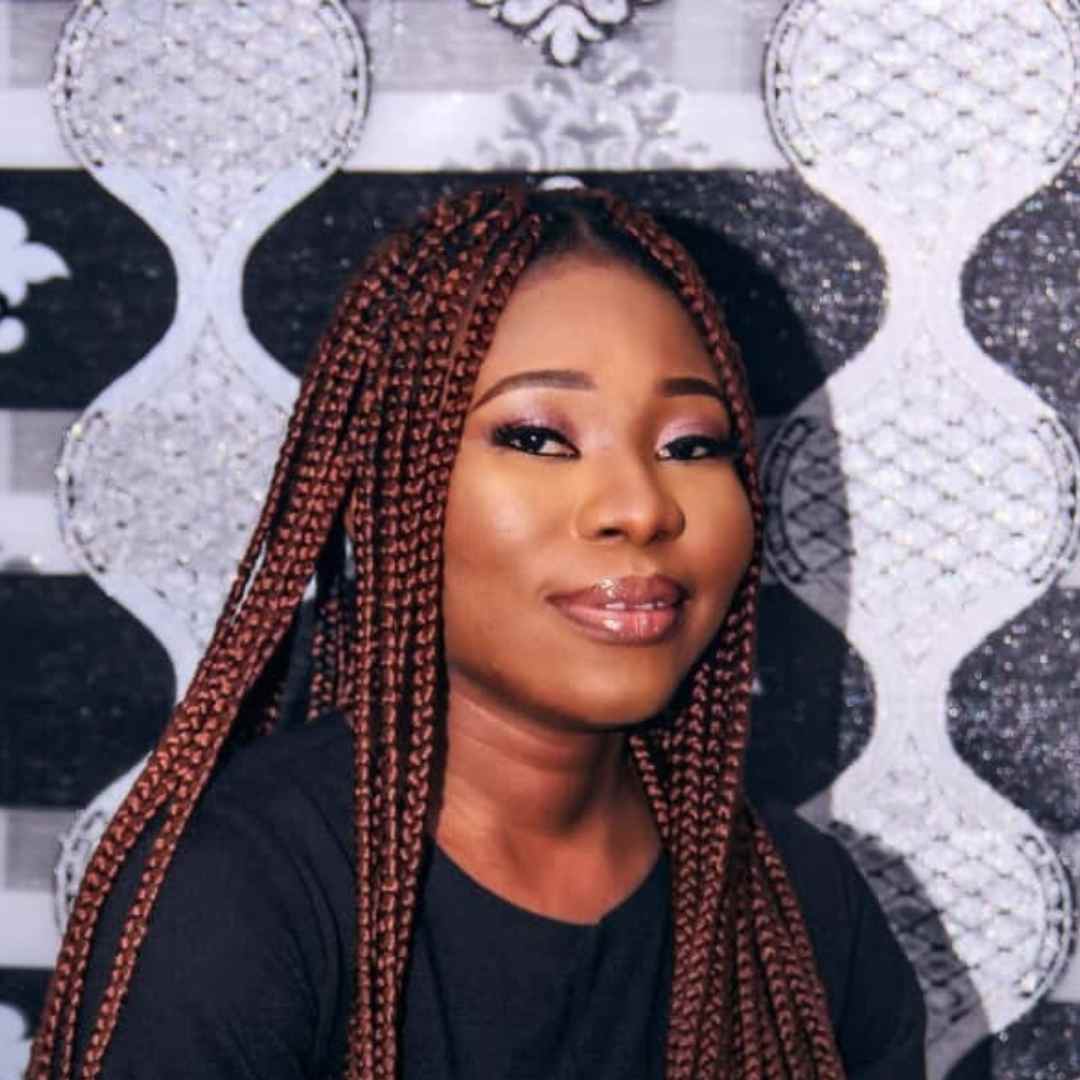 Simisola Babatunde is a Public Health student. She has always had a flair for writing from her childhood, promoting healthy lifestyles and best practices through insightful blog posts. She identifies as a multipotentialite interested in writing, education, and health. When Simisola isn't writing, she's surfing the net or having her nose in a book.