Maintaining an ideal body weight in children is a challenge for parents and caregivers around the world. This concern is not unconnected with the high prevalence of obesity in children.

A lot is known about the causes and consequences of children being underweight. Childhood obesity, on the other hand, poses more questions than answers.

How do I know my child is obese? What causes obesity in children? What can I do to manage my child’s obesity?

Long before now, childhood obesity was linked solely to genetic factors. This made parents believe there was little they could do about it. Advancement in science, however, reveals that obesity in children is caused by a combination of factors rather than a single cause.

Symptoms of obesity in children

One of the warning signs of obesity in children is a bodyweight that is above average. In addition to this, a child may experience one or more of the following:

Worried that your child may be obese? Take the BMI test for children and teens to find out.

Causes of obesity in children

Genetics play a key role in the likelihood of obesity in children. Children born to obese parents are more likely to be obese than children born to parents of healthy weight.

Children born to mothers with diseases such as diabetes have increased birth weight and height, predisposing them to obesity.

Decreased levels of physical activity at home and at school provides an enabling environment for obesity in children to thrive. Some schools do not allocate enough time for rigorous physical activities. And as such, students spend most of the day sitting at their desks. This can lead to obesity.

At home, children who spend more time on sedentary activities like watching TV, playing video games and even reading, tend to become obese. Especially when they are wont for binging on junk food. This leads to an imbalance in energy intake and energy expenditure. The body then stores the excess energy and converts it into fat.

Obesity in children leads to low self-esteem and negative self-image. Obese children are also more likely to be bullied at school. Childhood obesity has also been linked with lower quality of life, stigmatisation, with children as young as preschool age having negative views of obese children.

Children who are obese are at a higher risk of developing cardiovascular diseases such as hypertension in adulthood. The risk of respiratory problems such as asthma is also higher in overweight children when compared with their peers of healthy weight.

Prevention and treatment of obesity in children 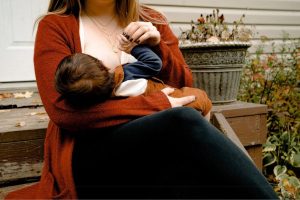 Exclusive breastfeeding for the first six months of life is highly recommended in preventing childhood obesity. Mothers who are breastfeeding are more likely to watch their energy intake which also regulates the amount available to the child. An early introduction to formula feeding could lead to unhealthy weight gain which predisposes a child to obesity.

Children need the guidance of parents and caregivers in forming healthy eating patterns. Parents need to be educated on what constitutes healthy and detrimental eating patterns. Children who are very young should be fed on demand but older children should be closely monitored so they don’t develop eating disorders such as binge eating and bulimia. 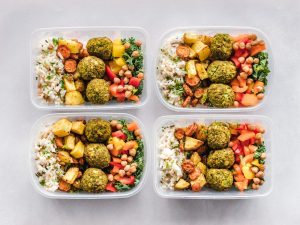 Children’s choice of food is influenced by their surrounding environments from an early age. Children also tend to eat the foods that are available to them. Children who have fruits and vegetables along with meals are more likely to include these in their diet in future. Positive modelling by parents also encourages children to choose healthy food over high-calorie foods.

Children who are obese benefit from aerobic exercises such as walking, cycling, dancing and swimming. It helps to also involve the child in their weight control/ loss regime. Children who are obese can be encouraged to keep track of their progress. Positive reinforcements by encouraging them through verbal praise is also encouraged.

Most food marketing campaigns increasingly target children. This leads to a high demand for such food by parents. Children need to be protected from these harmful advertisements by the regulatory bodies in charge of food production. Measures should also be put in place to ensure that only healthy foods are served at restaurants. But ultimately, if you are a parent, you have the responsibility to ensure your kids eat more healthy meals.

It is recommended for children to have at least one hour of vigorous physical exercise daily in school to help them balance their energy intake and energy expenditure levels. This can be broken down into bits of time so that children are not too tired. Children can also be encouraged to engage in activities such as cycling, skipping and running when they are at home. Parents should also keep track of the time they spend on television and other sedentary activities

Preventing obesity is easier than treating it. Once fat cells are formed, they don’t just go away. They can only shrink with weight loss. There is always the possibility of going back to pre-treatment weight if the treatment regime is not strictly followed.

It is important, however, not to attempt to starve children into losing weight as this could have adverse effects on their health.

High-calorie foods should be replaced with healthier alternatives since obese children have larger appetites. Fluid intake, preferably water should also be increased to aid digestion.

Obese children should be encouraged to adopt active lifestyles. Parents and caregivers should also encourage and support obese children in their weight management.

Read the next post: Panic Attack and Anxiety Attack: Causes, Symptoms, and Treatments 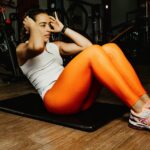 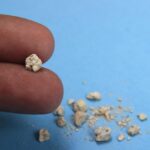 How to Prevent Kidney Stones 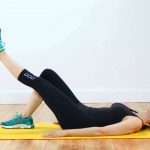 Home Workout for Legs: 5 Techniques to Strengthen Your Lower Body 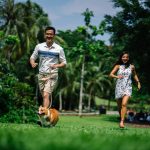 How to Boost Your Immune System 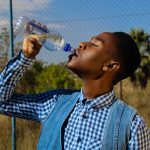 The 5 Biggest Benefits of Drinking Water