When it comes to structuring sets and exercises in a training routine, there are several ways to do it. In this article, we will discuss two methods; supersets and alternating sets.

Though these sets are similar, there is a difference between them.

Supersets are a popular workout routine that combines two exercises back-to-back with no break in between. This “double” workout is more intense than traditional sets and can be very effective for building muscle mass or burning fat.

While there are many benefits to supersets, the number one advantage is that it saves you time.

Assuming that the exercises are intelligently paired in each superset, supersets guarantee that you will go through the training faster.

By doing a set of one exercise, then a set of another exercise without any rest, you will finish faster than doing the exercises the traditional way. So, if you don’t have time or prefer to finish exercising faster, supersets are great for you.

Supersets are useful for circuit training

In addition to saving time, supersets can also be useful to achieve a circular type of training effect. It will be useful in terms of endurance (if that is your goal), and it will most likely burn more calories than the regular structure of exercises and sets.

If your goal is to lose weight, supersets are an excellent choice.

Despite the benefits of supersets (shorter workouts and endurance), there is one big challenge with this training style. Not resting between sets will make it difficult for you to perform effectively during the second half of the superset.

The additional overall fatigue that accumulates in this way will harm performance and the first exercises.

At some point, the bench press will also be negatively affected (though to a lesser degree).

If you keep in mind that progressive overload is the key to improving body capacity, including building muscle and strength, you wouldn’t want to choose a training method that will harm the performance of your exercises.

The only exception to this rule would be a person who does weight training exclusively to develop endurance performance. In this case, the person does not worry that the performance of the exercise suffers because of another type of training he does.

Alternating sets – What are they?

Alternate sets are the same as supersets, except you get to rest between exercises.

Most popular training routines adopt the alternating set workout. The reason is that alternating sets allow you to save some time and still do not affect the performance of an exercise, unlike supersets.

This is, however, with the assumption that the alternating exercises are well paired and structured in a good way.

How to use alternating kits (or supersets) in your training routine

Although the best set recommendations are alternating sets, most of what is written below apply to supersets.

In basic terms, the ideal way to do alternating sets is by combining exercises with the least overlap and effect on each other.

Instead, the best way to start pairing exercises is with the opposite muscle groups: chest with back or biceps with triceps. This pairing would ensure that overlapping exercises are kept to a minimum.

A minor exception occurs in quadriceps and hip movements. This exception is partly due to overlap and secondary use of muscles during most complex lower body exercises. It is also because people don’t want to pair squats, deadlifts, split squats with anything because of how strenuous these exercises are.

You can do that too, but it is not recommended.

How long should I rest between sets?

The time to rest between alternating sets depends on many factors, including how demanding the sets are on your body. The more demanding the exercise is, the more rest you need.

Generally, a break of 60-90 seconds between sets is good in most cases (unless otherwise specified in the training routine).

For example, you can do the following:

If your primary goal in weight training is to build endurance or lose weight, you should go for supersets.

But if your goal is to build your muscles, then supersets are not the best and shouldn’t be included in your workout routine.

Alternating sets are perfect for saving time while getting maximum benefit for your workout. 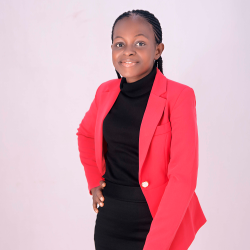